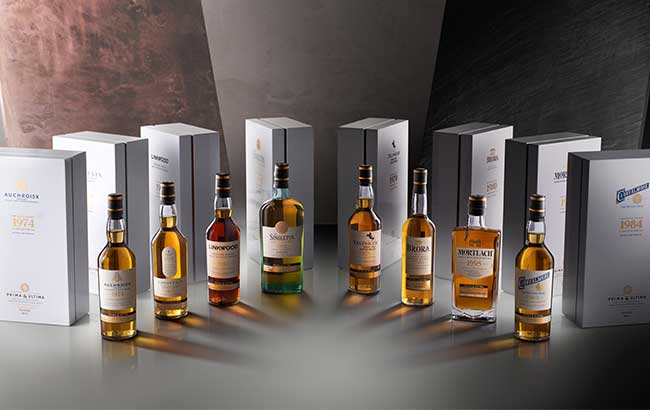 The eight-strong assortment options cask energy bottlings which can be both the primary or final of their type, taken from the reserves of Diageo’s prime distilleries, together with Talisker, Mortlach, The Singleton of Glendullan and newly restored Brora.

Diageo introduced the Prima & Ultima series in June 2020 with a set of single malts chosen by whisky maker Dr Jim Beveridge OBE. This 12 months, grasp blender Maureen Robinson, a 40-year Diageo veteran, was chosen to curate the whiskies within the launch.

“This can be a collection of very particular single malts – some which have by no means earlier than seen the sunshine of day and others which can be the fleeting and ultimate examples of their type,” Robinson stated.

“Every bottling shares a glimpse into the historical past of Scotch and one which I’m honoured to have witnessed in individual.”

Amongst Robinson’s picks are a uncommon Lagavulin; a bottling from Brora, drawn from the final of the distillery’s casks from 1980; and The Singleton of Glendullan 1992, from a novel trial during which the spirit was stored in refill casks earlier than spending fourteen years in two small ex-Madeira barriques.

She additionally included the Linkwood 1981, from the primary trial implementing completely different maturation practices on the distillery, which noticed the whisky aged in PX- and oloroso-seasoned casks, in addition to new American oak.

Simply 376 units can be found to buy completely by way of appointed Prima & Ultima brokers. Collectors can register their curiosity at www.theprimaandultimatecollection.com till 23 August.

After registration closes, set quantity one of many second launch – with every bottling signed by Robinson – might be auctioned on-line by way of Sotheby’s from 15-24 September in Hong Kong. All proceeds from the public sale might be donated to humanitarian charity Care Worldwide.