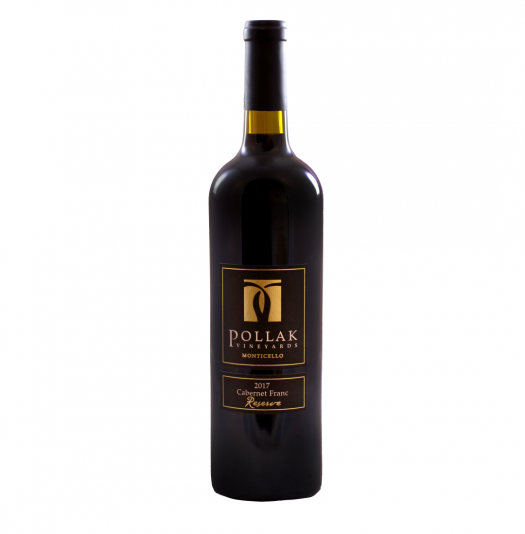 Our previous coverage of Virginia’s 2019 Governor’s Cup Gold Medalists — the best wines from the state’s annual competition — was so much fun that the state’s wine board offered us the chance to do it again, tasting the 12 winners from 2020’s competition, which was only recently concluded.

Let’s dive in and see how a rough year fared for these top producers from the east coast.

2018 Barboursville Vermentino Reserve Virginia – A bit flabby for a vermentino, without the expected acidity, at least up front. Some initial doughiness gives way to a bit of lemon and some spice on the palate — which livens up as it warms a bit — with hints of lime leaf on the finish. B+ / $28

2017 Pollak Vineyards Cabernet Franc Reserve Monticello – A fairly thin wine, this drinks like a mild zinfandel, heavy with alcohol smeared atop a core of cola and blackberry crumble. A modest rush of fruit fades away far too quickly, leaving behind a rather blunt, Port-like character that lacks any significant secondary elements and just feels much too boozy. B- / $32

2017 Pollak Vineyards Smuggler Monticello – 56% merlot, 24% cabernet franc, 20% cabernet sauvignon. Much more balanced up top, this peppery wine features notes of fresh blackberry, sage, and a rolling oak element that layers silky tannins atop the fruit. It’s balanced and approachable, but hard to pin down stylistically, coming across like a bit of a mutt at times. B+ / $40

2014 Barboursville Octagon Virginia – A dark blend of merlot, cabernet sauvignon, cabernet franc, and petit verdot, this is a dense but unusual bottling that starts off with graphite and dark chocolate, and then percolates some dark fruit notes — cassis to start, but also a more blunt black raisin element. A note of brown sugar and more of a milk chocolate character really sweeten up the finish, where a light note of rose petals offers some level of nuance. B / $50

2017 Shenandoah Reserve Virginia – 40% tannat, 26% cabernet franc, 25% petit verdot, 5% merlot, and 4% cabernet sauvignon, all aged in neutral oak. It’s a weird blend but a solid finished product: A bit jammy with a tart raspberry and cranberry character up top, it settles into a groove that showcases a gentle balsamic character, and a rolling, lightly herbal greenhouse note. Amply tannic but balanced with its lighter, sweeter notes, this is one of the more nuanced and complex wines in the collection. A- / $38

2017 Lake Anna Winery Tannat Virginia – A straightforward, bright, and fruity wine, this bottling hits the palate with both cherry and strawberry jam, plus a healthy sprinkle of cinnamon, which amplifies its natural sweetness. Slightly tropical notes develop as it approaches the finish, though the sweeter side of the wine never really lets up enough for more nuanced elements to emerge. B / $42

2016 Michael Shaps Meritage Monticello – I don’t have the 2016 breakdown for this wine, but in 2015 it was 38% merlot, 28% cabernet franc, 17% malbec, 11% petit verdot, and 6% cabernet sauvignon. A dense, thick, and heavily tannic wine, this is a diversion from the typical Virginia fare, offering intense notes of licorice and dark chocolate, followed by a leathery, tarry pungency. Some black fruit emerges late in the game, with tea leaf and bay leaf notes in the mix. This one needs ample time in glass to open up. B / $50

2017 Afton Mountain Tradition Monticello – 41% merlot, 37% petit verdot, 22% cabernet sauvignon — an unusual blend. This wine showcases an unusual character as well, offering a wild blackberry and blueberry note on the palate that feels literally “wild,” all brambly and earthy — yet juicy with lots of fruit at the same time. Notes of pipe tobacco and vanilla spar for dominance on the finish, with hints of balsamic lingering on the finish. Initially a bit daunting and closed off, it opens up to reveal an intriguing complexity in time. B+ / $35

2017 Delaplane Cellars Williams Gap Red Wine – A hearty blend of 50% cabernet franc, 27% merlot, and 23% petit verdot. Big with blackberry, cola, and tea leaf, its more tannic elements slowly give way to sweet strawberry and quite a bit of spice on the finish. Cinnamon roll and gingerbread notes give the finish even more perceived sweetness, but it all works well enough with its fruit-forward approach. B+ / $60

2017 Pippin Hill Vineyards Petit Verdot Monticello – An unusual wine, notes of mint, tobacco, and black cherry mingle on a moderately tannic palate, letting heavier elements of black pepper and leather pop as the finish evolves. Chewy and rounded, the wine hits a gently sour cranberry note on the finish that works surprisingly well with its more brooding attack. B+ / $60

2017 Rockbridge V d’Or – An ice wine made from vidal, vignoles, and traminette grapes, this sticky can punch with the best of them, offering a well-honeyed character that’s bright with fruit — lemon, mango, and apricot. Sweet but not overwhelming, lingering caramel gives the finish a soothing character. Gorgeous stuff. A / $31 (375ml)

2017 868 Estate Vidal Blanc Passito Loudoun County – This wine, made with partially dried grapes, not frozen ones, is less engaging than Rockbridge’s similar dessert bottling, owing in large part to a heavier tannin structure that weighs down the sweeter elements, giving the wine a Madeiraized character and a lightly earthy/vegetal note on the finish. There’s plenty of complexity here, but the finish has a rustic sharpness that pushes me back a bit. B / $24 (375ml)