Today, Sonny Digital announced the release of an electrifying new solo single, “Dance” to celebrate his 30th birthday. The record,
which was written and produced by Sonny, introduces a new and unique sound for the record-breaking songwriter and producer. He’s been working on it for the past three years, now releasing it as the world needs feel-good music again. Check out “Dance” at all DSPs and digital retailers. To accompany the release, Sonny unveiled a brand new lyric video – check it out.

For over a decade, Sonny has had an undeniable impact on the music industry. Most recently, his explosive takeover with “Club Digital” on Clubhouse has solidified his place as an artist in the position to lead and propel the culture forward. Within the past few months, Sonny has been building out “Club Digital,” boasting thousands of members and initiating recurring discourse on some of music’s hottest topics—most recently, notable figures in entertainment and books (“The Autobiography of Gucci Mane,” “Confessions of a Video Vixen,” “The Coldest Winter Ever” and “Hurricanes” by Rick Ross). 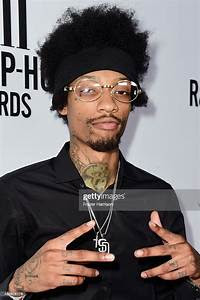 Sonny is one of the leading producers in the game, a visionary force boasting a stacked CV that includes GRAMMY® Award-nominated, RIAA platinum certified, and chart-topping collaborations with superstars spanning Travis Scott, Meek Mill, Wiz Khalifa, Lil Uzi Vert, Ty Dolla $ign, Yung Thug, PnB Rock, Future, ILoveMakonnen, 21 Savage, 2 Chainz & Kanye West, Beyoncé, and many more. In 2016, the Michigan-born, ATL-based artist released his first solo mixtape and quickly began drawing equal attention as a rapper in his own right. With close to 10 years in the game, American music producer and artist Sonny Digital continues to prove he is a moving force in Hip-hop music. To date, he has produced numerous records and created a catalogue of timeless, solo and collaborative art. At only 30-years-old, Sonny pushes his music to the masses while discovering and creating new sounds through his production and songwriting.

Rihanna Shares First Look at Her Baby Boy With Adorable TikTok Video
Review: Robert Mondavi 2019 Sauvignon Blanc and 2018 The Estates Cabernet Sauvignon
Nicole Kidman’s Daughter Sunday, 14, Is Almost As Tall As Mom Arriving In Sydney With Sister Faith, 12, & Parents
Cardi B Wears Jamaica-Inspired Bikini While On Vacation For Holidays: Video
Khloe Kardashian Rocks Catsuit With Nieces North West & Penelope, Who Is A Mini Me Of Mom Kourtney
Ads by Amazon