Montoya has worked at Pernod Ricard for 15 years. She most recently led global talent management, and diversity and inclusion, based at the firm’s headquarters in Paris, France.

During her most recent role, Montoya made ‘significant strides’ towards achieving Pernod Ricard’s Better Balance goal. She was also credited for being instrumental in the design and rollout of the firm’s new HR strategy.

Previously, Montoya served as HR director for the company’s Americas Travel Retail unit, and as HR manager for Malibu-Kahlua International.

Montoya will also ensure diversity, flexibility and wellness are prioritised across the workforce.

Montoya said: “As a Latin-American woman, I am proud of the diverse and gender balance at Pernod Ricard North America and I am committed to ensuring our company mirrors the diversity of our society.”

“It is my honour to welcome Lani as the newest member of our executive team,” said Mukherjee.

“Lani is the right leader to meet the moment. She shaped the diversity and inclusion strategy for our global company, and now she is poised to deliver on the commitment to Better Balance in the North American market.”

Montoya will succeed Paul Holub, who is retiring from his role as senior vice president, human resources and corporate services. Holub’s career in the industry spanned 25 years, including roles at Corby Spirit and Wine, and Hiram Walker and Sons.

Mukherjee added: “I’d also like to congratulate Paul on his many contributions to our company, and for championing the role that human resources can and must play as a strategic partner with other areas of the business.” 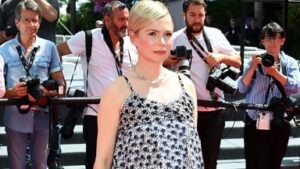