(Bloomberg) — The pandemic, with its broken supply lines and closed borders, has been a worrying reminder of Quebec’s dependence on imported food. Roughly 75% of its fresh fruits and vegetables, in fact, come from elsewhere.

Inside a windowless metal cube in a building on the outskirts of the province’s largest city, Montreal, Yves Daoust is trying to make a dent in those numbers.

The cube houses some 3,800 strawberry plants arranged in vertical gardens, pollinated by bumble bees and brushed by morning dew. The carefully controlled environment is tracked by sensors and attempts to mimic ideal summer conditions year-round in a city where the average outdoor temperature in January is 13.6 degrees Fahrenheit (-10.2 degrees Celsius) and the winter cold doesn’t let up until May.

When Daoust’s company, Ferme d’hiver — the name is French for “winter farm” — started selling batches at C$5.99 ($4.80) a pack at nearby supermarkets in December, the pesticide-free berries were snatched by customers accustomed to Mexican or U.S. produce that often costs a bit less. Now it’s signing up farmers to install the technology and make Quebec winter strawberries viable, helped by C$1.5 million in financing from the government.

Quebec’s history — it harbors a strong nationalist movement — has long reinforced a preference for homegrown businesses, but after the pandemic disrupted labor migration and prompted some countries to restrict exports, local sourcing became an urgent matter for the government.

“The pandemic made Quebeckers a lot more sensitive to the importance of supporting local companies,” Agriculture Minister Andre Lamontagne said in an interview. “Every time we increase consumption of Quebec food products by a notch, it has considerable effects on the Quebec economy.”

The initiative aligns with themes dear to Premier Francois Legault, who was elected in 2018 on a nationalist platform. Quebec, a majority French-speaking province, is protective of its culture and businesses and considers any goods that come from outside Quebec, even from other Canadian provinces, to be “imported.”

Fruits and vegetables aren’t the only problem. Only about half of the all wholesale food purchased by grocers and hospitality companies is grown or transformed locally. To improve that ratio, Quebec is banking on greenhouse production, which it wants to double over five years with C$112 million in aid programs.

Another weapon is state-owned Hydro-Quebec’s cheap and abundant electricity, a key incentive for an industry that requires large amounts of artificial lighting during dark winter days.

In Compton, a town two hours east of Montreal, organic vegetable farmer Frederic Jobin-Lawler is modernizing his 36,000 square feet of greenhouse space with a geothermal heating system, a dehumidifying unit and artificial lighting. After subsidies and other aid, he’ll pay only about 40% of the upgrade costs.

Success or failure of the food autonomy effort will depend on whether small farms like Jobin-Lawler’s can overcome grocers’ general preference for large suppliers or whether they can get institutions like hospitals to buy their produce, he said.

In theory, the province produces enough to supply two-thirds of its fresh and transformed greens, but consumption and production don’t match up perfectly. Quebec grows enough cabbage to cover twice over what it eats, so it exports some. But it meets only 17% of its population’s demand for spinach, and 44% for strawberries.

Climate and seasonality have a lot to do with it. As a country, Canada imports the most vegetables and fruits between March and June, followed by the December to February months.

Daoust, the founder of Ferme d’hiver, said he offers a tastier substitute. “It’s not that imported products aren’t good originally, but they are treated to be transported for days,” said Daoust, an engineer by training who grew up on a farm but spent most of his career in the tech industry.

Not everyone in Quebec is persuaded by the government’s push. Patrick Mundler, a professor at Laval University in Quebec City, says a rush to produce more fruits and vegetables risks increasing demand for other imports, chiefly farm labor.

“The massive production model is totally dependent on labor,” said Mundler, who published a paper on food autonomy last year. “Workers come from Mexico, Guatemala — I have a hard time accepting we use our electricity to produce cucumbers in heated tunnels rather than buy them from Mexico or Guatemala directly, where they grew in the sun.”

If small farmers manage to get their goods onto grocery shelves where a few giant producers dominate, a big question remains whether consumers will get into the habit of buying local.

“The consumer has the last word,” said Catherine Brodeur, a vice president of economic studies at Groupe Ageco, a consultancy in Quebec City. “The share of consumers who want to buy locally and are ready to pay more grows over time. But a lot of consumers buy the product that’s 5 cents cheaper.” 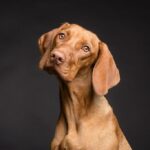 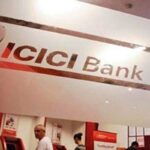