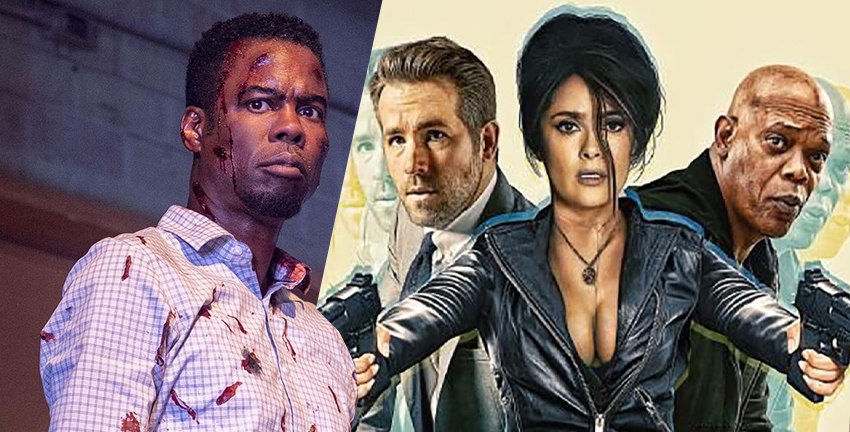 As we start to get back to normal in the wake of the seemingly endless pandemic, going to movies once again seems like something we’ll be able to do this summer. In any normal year, we would have published a full series of studio slate previews, but everything has been so up in the air, with constant release date shuffles, that it’s been hard to predict with any authority what’s going to come out. However, things are starting to feel stable, and studios schedules are coming together, meaning we can start previewing what each will be putting out.

This year, we’re going to start with Lionsgate!

The studio’s already released a few movies this year, including the Benedict Cumberbatch drama The Courier (a film I saw and liked), and the long-delayed Chaos Walking starring Tom Holland and Daisy Ridley. While their fall slate is fluid, with movies like the Michael Keaton/Martin Campbell aiction flick The Asset still undated, two of the first hoped-for blockbusters of the summer are both coming from Lionsgate and opening within weeks of each other.

Originally set to come out last year, this is the long-awaited ninth installment of the Saw franchise, and is meant to serve as a launching pad for a whole new series of sequels. To get it going again, they’ve re-enlisted director Darren Lynn Bousman, who knows his way around the franchise having directed Saw II, III, and IV. The cast is without a doubt the best-assembled for the franchise, with it being led by Chris Rock as a homicide detective working a grisly series of murders reminiscent of the late Jigsaw (Tobin Bell). The case also has something to do with the legacy of his cop dad (played by Samuel L. Jackson), and the trailer makes this look like perhaps the finest installment of the series to date!

The original Hitman’s Bodyguard was a surprise hit four years ago, and sure enough, a sequel’s been on the books for a little while now – although given that Ryan Reynolds is maybe the busiest leading man in Hollywood it’s a miracle the film came together at all. The sequel reunites Reynolds as bodyguard Michael Bryce, and his former adversary turned friend Darius Kincaid, played again by Samuel L. Jackson. This time, the two have to pair up to save Darius’s wife, Sonia, played by Salma Hayek, from various threats including former Desperado co-star Antonio Banderas, plus Frank Grillo, while Morgan Freeman, joins the cast too.

While that’s about it for their theatrical slate, Lionsgate’s also has a thriving VOD business. One of the more interesting titles coming up is called Die in a Gunfight, which stars Alexandra Daddario and Diego Boneta as star-crossed lovers in what’s being described as an update of Romeo & Juliet. If Daddario’s in it, sign me up!