Helen McCrory of Harry Potter and Peaky Blinders has passed away

Helen McCrory, a shining star of stage and screen, has passed away at the age of 52. Her death was announced by her husband and Billions actor Damian Lewis, who shared the news of her death via Twitter. He says that she died peacefully at home after a “heroic battle” with cancer.

“I’m heartbroken to announce that after a heroic battle with cancer, the beautiful and mighty woman that is Helen McCrory has died peacefully at home, surrounded by a wave of love from friends and family,” Lewis wrote in his heartfelt post.

“She died as she lived. Fearlessly. God, we loved her and know how lucky we are to have had her in our lives. She blazed so brightly. Go now, Little One, into the air, and thank you.”

As an award-winning actress and advocate for the less fortunate, McCrory and her husband recently helped feed frontline healthcare workers during the Covid pandemic. As a part of the effort, they raised more than £1million to help serve hot meals to those working tirelessly to help those affected most by the pandemic

“Since we launched the campaign, we’ve received messages of appreciation for NHS workers from people across the country, which we’ve shared with them,” Helen said back in March. “For those working with infectious diseases, these messages of kindness and gratefulness – it’s about the safest hug you can give an ITU worker at the moment. It’s important for them to know when they’re knackered, that they’re not alone and we’re thinking of them.”

On the acting front, McCrory has several outstanding credits to her good name. She’s best known for playing Aunt Polly in BBC drama Peaky Blinders as well as Narcissa Malfoy in Harry Potter and the Deathly Hallows. Fantasy fans may also know her as the voice of Lord Asriel’s (James McAvoy) dæmon Stelmaria in the BBC/HBO series His Dark Materials.

Born in 1968 in London, where she studied acting at the Drama Centre, McCrory took the stage in 1990. Though she appeared in many plays throughout her career, it was her performances in shows like The Deep Blue and Medea that earned her the most acclaim.

Beyond Peaky Blinders, McCrory also contributed to many TV series, including MotherFatherSon, Fearless, and my personal favorite, Penny Dreadful.

We here at JoBlo would like to wish Helen safe passage to the Great Beyond as well as our sincere condolences to her family, friends, and fans. 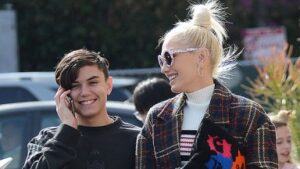 Matthew Morrison Exits So You Think You Can Dance After Not Following “Production Protocols”
Posted onMay 28, 2022