West Bengal Election Result 2021: Most of the TMC turncoats failed to find majority support on the BJP ticket.

West Bengal Election Result 2021: The Bharatiya Janata Party’s decades-long dream of conquering Bengal has once again remained unfulfilled. After a spectacular rise in 2019, the saffron party had hoped to change its fortune in Bengal in 2021. But that didn’t happen. There are two ways of looking at the BJP’s performance in this assembly election. Going by the 2016 election, the BJP has done well this time. In the last assembly polls, the saffron party had just 3 seats with 10 percent vote share. But in 2021, the seat has increased to 77 with 38 percent vote share. However, if one looks at the party’s Lok Sabha numbers when it got 18 seats with 41 per cent vote share, then the BJP has lost its ground from leads in 121 seats (if disaggregated) to just 77, with 3 per cent vote share loss. The TMC has swept the state with 213 seats with 48 per cent vote share. The BJP wasn’t expecting this at all.

A close look at the saffron party’s plan to conquer West Bengal had three key strategies. First, making inroads in rural areas through RSS; second, widespread coverage of Central schemes like Ujjwala; and third, cashing in on the discontent among the ruling TMC. The BJP had learnt that without having a presence at the grass-root level in Bengal, it cannot overthrow Trinamool. While the RSS helped it in preparing a pool of ground workers, discontent within Mamata Banerjee’s party helped the saffron party get several sitting MLAs and TMC leaders onboard. The BJP had fielded over a dozen MLAs besides its four MPs in the battleground West Bengal. But even that could not help it secure the magic number in West Bengal — three of its MPs and 14 of the sitting MLAs lost in the TMC storm. The BJP, however, managed to expand its vote share over three-time to 38.13 per cent this election from around 10 per cent in 2016 — the only consolation prize it has now.

A former minister in Mamata Banerjee’s cabinet Rajib Banerjee was fielded from his traditional Domjur seat but he lost to Kalyan Ghosh of the TMC. Prabir Ghosal, sitting TMC MLA from Uttarpara, who joined the BJP along with Rajib Banerjee, has been fielded from the same seat but lost by a huge margin to TMC’s Kanchan Mullick. Octogenarian leader and TMC MLA from Singur Rabindranath Bhattacharya, whom TMC had dropped from its list given the COVID-19, joined the BJP and contested from the Singur constituency. He, however, lost to TMC candidate Becharam Manna.

The BJP had won 18 Parliamentary seats in Bengal in the 2019 polls to emerge as the main opposition to the TMC. However, it had gambled by fielding four of them in the Bengal elections. Of these, three faced defeat in the assembly poll. Union Minister Babul Supriyo (lost) was fielded from the Tollygunge seat against TMC’s minister Aroop Biswas, Hooghly BJP MP Locket Chatterjee contested unsuccessfully against the TMC’s Tapan Majumdar from the Chunchura seat, Cooch Behar BJP MP Nisith Pramanik contested from Dinhata against the TMC’s Udayan Guha and managed to win the election by a margin of just 57 votes. Notably, Guha was a minister in the erstwhile Left government and joined the TMC in 2011. The saffron party had fielded former Rajya Sabha MP Swapna Dasgupta from the Tarakeswar seat against the TMC’s Ramendu Sinha Roy but he also failed to add to the BJP’s tally.

And then there was a bombardment of rallies and speeches by star BJP campaigners led by Prime Minister Narendra Modi. Even Mamata Banerjee’s poll strategist Prashant Kishor has admitted that there is a cult around Modi in the country. However, all this combined could not help the saffron party cross 100-mark in the state. Prashant Kishor’s prediction proved true as the TMC stifled the BJP to just 77 seats. After a high-octane campaign, the saffron party is finding itself again at square one and will have to seriously introspect its prospects ahead of the 2024 General Elections. 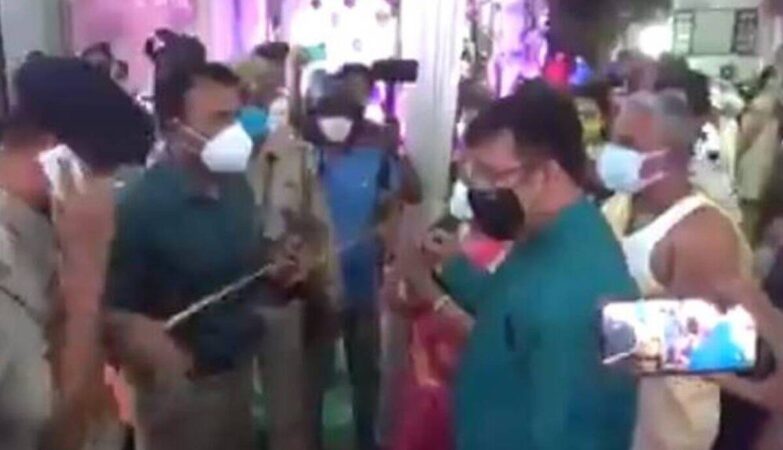 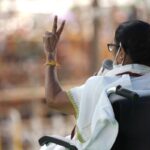