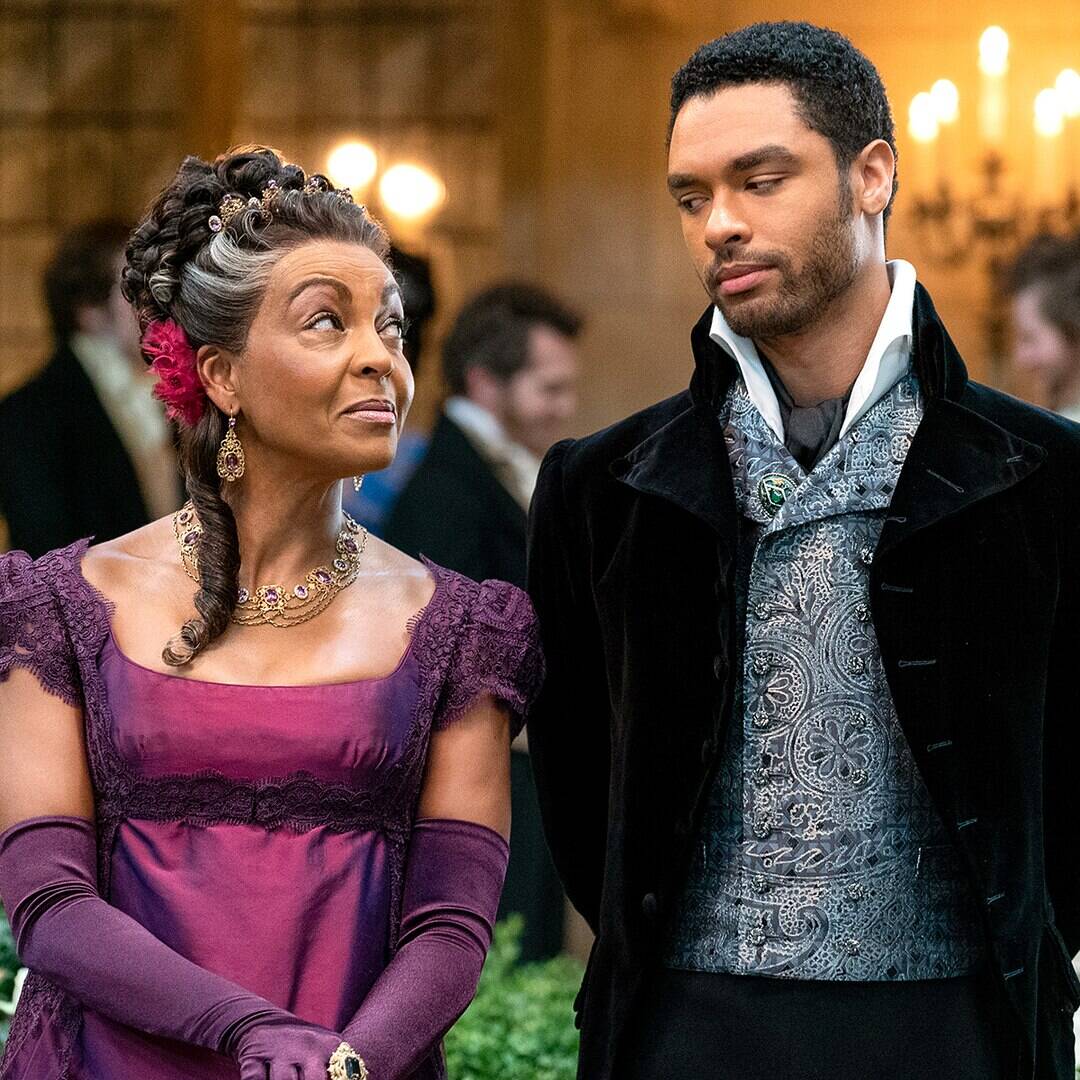 Leave it to Lady Danbury (Adjoa Andoh) to spill the British tea on the Duke of Hastings’ (Regé-Jean Page) departure!

The Bridgerton star dishes on her former co-star’s decision to leave the hit Netflix series. Andoh broke her silence and revealed all the details in an exclusive Daily Pop interview on Apr. 15 with E! co-host Carissa Culiner.

“We’re following the overriding framework of Julia Quinn‘s beautiful novels. There are eight Bridgerton children: one down, seven to go,” Andoh explains. “Season two it’s Anthony Bridgerton (Jonathan Bailey) so there you are. That’s the arc of the show.”

While season two would have featured Page’s Duke of Hastings character less, his absence is still a large blow to the Shonda Rhimes series—especially for onscreen mother figure Lady Danbury. “We all love Regé and we’re all going to miss Regé but it’s not a huge surprise,” Andoh admits. She cites Page’s sense of humor, “the way he loves to have a good argument [and] discuss and ruminate about things,” among the traits she will miss most about working alongside him.

Andoh and Page even have similar tastes in music! “We both share a love of punk,” Andoh teases. “He’s a lovely man and he’ll be my friend for life.”