Biden-Suga Talks to Focus on China Amid Tensions Over Taiwan

China is expected to loom large in the talks, Biden’s first in-person meeting with a foreign leader since taking office.

Biden and Suga plan to issue statements on the situation in the Taiwan Strait — a move sure to draw China’s attention — as well as announce a $2 billion initiative on 5G technology, according to a U.S. official who briefed reporters on Thursday.

Yet how to strike a balance between deterring China while keeping Beijing, Japan’s largest trade partner, from lashing out will be a crucial issue as the two leaders seek to project a unified voice.

“Both countries recognize that the greatest challenge in the region is strategic competition with China,” said Nicholas Szechenyi, a senior fellow at the Center for Strategic and International Studies. “So the question is how will the U.S. and Japan align their strategies to deal with China.”

Suga and Biden will likely be asked by reporters to respond to Friday’s sentencing of Hong Kong democracy activists, a move that has already drawn criticism in Congress as another sign of Beijing’s tightening grip over the city.

China’s foreign ministry spokesman expressed “serious concerns” about negative moves and collusion between the U.S. and Japan ahead of the Friday meeting, the Associated Press reported. Spokesman Zhao Lijian said the two nations should “avoid words and actions that interfere in China’s internal affairs and harm China’s interests,” AP reported.

The premier and the president are expected to hold a joint press conference at 4:15 p.m. Washington time. Suga had breakfast on Friday with former U.S. Ambassador to Japan Caroline Kennedy and then took part in a wreath-laying ceremony at Arlington National Cemetery.

Suga also met Friday morning with Vice President Kamala Harris. Suga said he looked forward to discussing a “wide range of challenges” facing Japan and the U.S. while reconfirming the bonds of their alliance. Harris said the talks would focus on the Indo-Pacific and the “importance of peace and prosperity in that region.”

White House Press Secretary Jen Psaki said Biden and his aides wouldn’t have a meal with the Japanese delegation, as would normally take place, due to safety precautions related to the coronavirus pandemic.

The timing of the meeting — just days after Biden announced a withdrawal from Afghanistan — provide the most visible sign yet that the American president is determined to shift the center of gravity of U.S. foreign policy to the Indo-Pacific. And for Japan, being first into the White House gives Suga a prime chance to set the tone for ties with Washington over a slew of issues for years to come.

“Prime Minister Suga will meet with President Biden ahead of any other country’s leader, which is extremely significant in terms of showing both at home and abroad the strength of the U.S.-Japan alliance and the U.S. commitment to the Indo-Pacific region,” he told reporters.

Former Japanese Prime Minister Shinzo Abe rushed to congratulate and meet with President-elect Donald Trump in 2016, a decision seen as helping ingratiate him with the White House in the years that followed. But it did little to protect Japan from Trump’s penchant to enact trade barriers or press Tokyo to spend more to host American troops.

This time, Suga arrives seeking a public display of unity while having Biden reaffirm America’s security commitment. Suga also would welcome a pledge to cooperate on coronavirus vaccine supplies and any sign that Biden might reconsider his predecessor’s decision to quit the Trans-Pacific Partnership trade bloc, though Japanese officials acknowledge that last issue is a non-starter politically in Washington for now.

Instead, coordinating a message on Taiwan and China’s human rights record may be a focus. Any mention of Taiwan would be the first in a joint statement since 1969, Japan’s Foreign Ministry said.

China escalated its military intimidation of the government in Taipei by sending 25 fighters, bombers and other planes into the southwest section of Taiwan’s air defense identification zone early this week. Chinese military activity has steadily picked up around democratically ruled Taiwan in recent months.

Last month, Blinken, his Japanese counterpart Toshimitsu Motegi and both nations’ defense ministers made unusually explicit references to China’s “coercion and destabilizing behavior” and to concerns over human rights.

Yet despite Japan’s willingness to criticize China and step up its commitments on climate change, the two countries’ approaches aren’t entirely in lockstep.

While Japan is investing heavily in green energy and has set a zero-emissions target for 2050, it has been criticized for not moving aggressively enough to reduce emissions by 2030.

The senior U.S. official said Suga intends to discuss specific steps on climate that will put Japan at the lead worldwide in terms of an ambitious set of goals for 2030.

Jane Nakano, a senior fellow for energy security and climate change at the Center for Strategic and International Studies, expects Japan to share details with the Biden administration in advance of announcing by this summer a more robust plan to achieve its mid-century goals.

“The two leaders may also discuss the prospect for ending coal financing globally,” Nakano said in a briefing on Thursday.

And while Japan is worried about China’s military buildup, it is arguably just as concerned about undercutting economic ties. China is Japan’s biggest export market, with more than 13,000 Japanese companies operating in China, according to a survey published last year.

Suga has come under pressure, including from lawmakers in his own party, for Japan to join other major democracies in imposing sanctions on China over human rights abuses. But Japan lacks a legal framework to impose sanctions, and some members of its business community are opposed to the move.

“Japan doesn’t have a system to allow it to impose sanctions, and they haven’t really done this in the past,” said Tsuneo Watanabe, a senior fellow at the Sasakawa Peace Foundation in Tokyo. “But they will send a message to show they are in harmony.”

A senior Japanese official said that while Tokyo is becoming increasingly vocal against China on human rights, it doesn’t think that sanctions and trade restrictions are a productive way to deal with Beijing. The official added that Japan and the U.S. plan to work closely on supply chain resilience, focusing on key areas such as raw materials and semiconductors.

Semiconductors have jumped up the political agenda as countries seek to secure the supply chain for chips that are vital to every aspect of digital life, from data centers to smartphones.

Suga will also be looking to Biden for support for the Tokyo Olympics, which were delayed by the coronavirus pandemic and plagued by public relations missteps. The Japanese government has billed the events — which kick off July 23 — as evidence that humanity is overcoming the virus.

“A positive message on this would be a big plus for Suga,” said Koji Murata, a professor at Doshisha University in Kyoto. 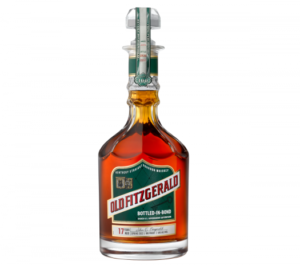