Dr Ambedkar envisioned a better and just society and fought for it throughout his life.

Ambedkar Jayanti Celebrations at Chaityabhoomi Live Streaming: The nation is celebrating the 130th birth anniversary of Dr Bhimrao Ramji Ambedkar, also known as Babasaheb Ambedkar today. Given the COVID-19 surge, the authorities are keeping the celebrations a low key affair. He was born on 14 April 1891 in Mhow of Madhya Pradesh. Often termed as the father of the Indian constitution, he always worked for the welfare of the poor, Dalits and deprived sections. All through his inspiring life, Dr Ambedkar charted his unique path amid extreme adversity and earned commendations for his extraordinary and multi-faceted achievements. Prime Minister Narendra Modi, President Ram Nath Kovind and other senior leaders have also paid their tribute to Dr Ambedkar. “I bow to the great Dr Babasaheb Ambedkar on his birth anniversary. His struggle to bring the deprived sections of the society into the mainstream will continue to be an example for every generation,” said PM Modi in a tweet. President Ram Nath Kovind urged fellow citizens to ‘imbibe his ideals in our lives by learning from his life and ideas and contribute towards building a strong and prosperous India’.

Babasaheb Bhim Rao Ambedkar was an ardent advocate of human rights, who set up the ‘Bahishkrit Hitakarini Sabha’ intending to improve the socio-economic status of the people of deprived communities of India and for the spread of education amongst them. Dr Ambedkar envisioned a better and just society and fought for it throughout his life. He wanted to create a modern India where there would be no prejudice based on caste or any other reason; where women and communities subjected to backwardness for centuries would enjoy equity of economic and social rights. The Centre has announced April 14 as a public holiday for all central government offices including industrial units. 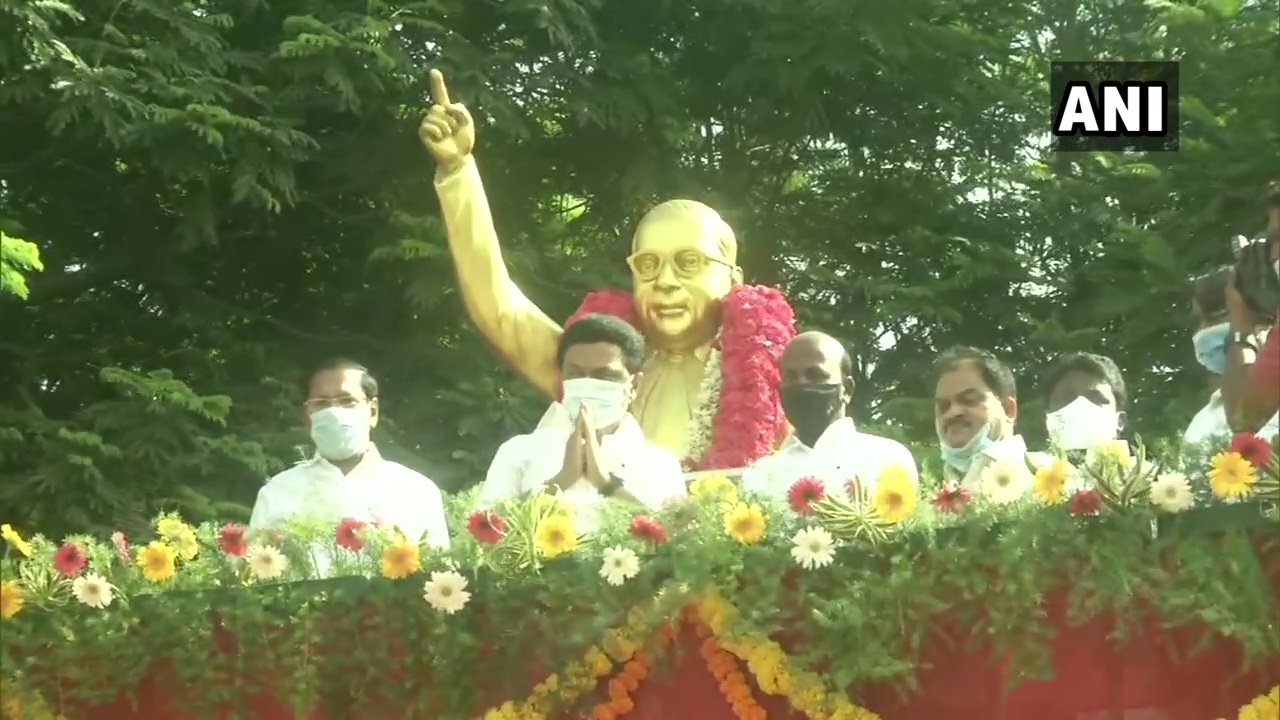 Homage to the father of Indian Constitution Bharat Ratna Dr. #BRAmbedkar Ji on his birth anniversary. His teachings and values of humanity will be always in our thoughts, words & actions. #AmbedkarJayanti pic.twitter.com/Dw7jTEJF4Y

My humble tributes to Bharat Ratna Dr. #BRAmbedkar on his birth anniversary. He gave us ideals of social justice & equality as an architect of our Constitution.Lets follow the path shown by him to make India a soulful country ensuring equality & justice for all #AmbedkarJayanti pic.twitter.com/1pfLiyXAFm

Ambedkar Jayanti 2021 Live: Telangana Chief Minister K Chandrasekhar Rao has paid rich tributes to B R Ambedkar on the eve of his 130th birth anniversary. Rao said the efforts put in by Ambedkar to make the country secular (with no caste bias) and a democratic republic are highly laudable, an official release said.

A rare Marathi short film made on Babasaheb Ambedkar in 1968 has been acquired by the National Film Archive of India, an official statement said on Tuesday. The film titled ?Mahapurush Dr. Ambedkar’ was produced by the Director of Publicity, Government of Maharashtra in July 1968, the Ministry of Information and Broadcasting ministry said. Directed by Namdeo Vatkar under the banner of Vathkar Productions, the music for the 18-minute short film was composed by renowned composer Datta Davajekar.
Share on Facebook
Share on Twitter
Share on Pinterest
Share on LinkedIn