The 25-year-old Keeping Up With the Kardashians star pranked her family by pretending that she’s set to marry. Kendall, who is dating NBA star Devin Booker, did it while playing Truth or Dare with sister Kourtney Kardashian for a YouTube video for her Poosh lifestyle brand, posted on Saturday, May 1.

“Mom’s going to be like, ‘What is happening?'” Kendall said. “But it’s believable, so I will do it. Does anyone have a wedding ring?”

After someone offered her theirs to borrow, she had a slight change of heart, saying it was “weird” to take the ring, but ultimately accepted it for the prank. She took a photo of herself wearing it and sent the text.

Kylie Jenner, 23, was not having it. She called Kendall up after receiving the message.

Kourtney admitted that it was a dare, urging Kylie to play along. But her sister was skeptical that the prank would work, noting that her ring didn’t fit her. 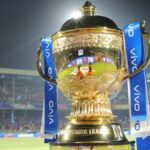