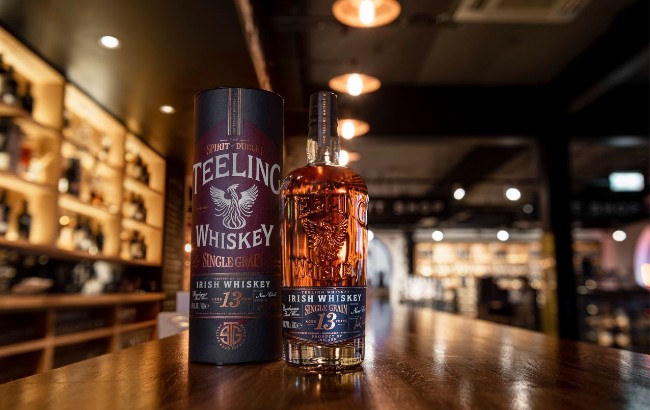 Dublin-based Teeling Whiskey has added a 13-year-old Irish single grain to its portfolio.

The 13-year-old was distilled predominantly from maize. It was aged in ex-Bourbon barrels for 9 years, earlier than being matured for an extra 4 years in ex-Bordeaux pink wine casks.

Bottled at 50% ABV, Teeling 13-Yr-Outdated Single Grain Whiskey is on the market to buy from the Teeling Whiskey Distillery, Celtic Whiskey Store and choose Irish retailers, priced at RRP €85 (US$100) per 700ml.

That is the second and oldest single grain whiskey from Teeling, following the launch of the corporate’s authentic single grain in 2013.

Jack Teeling, founder and managing director, mentioned: “It’s a little bit recognized truth that almost all of Irish whiskey offered is definitely grain whiskey because it makes up the vast majority of the composition in huge multinational-owned manufacturers of Irish whiskey.

“As such, since our formation we’ve got been eager to make sure we supplied distinctive and attention-grabbing expressions of Teeling single grain whiskey.

“Our new 13-year-old launch is an extra illustration of our mission to assist drive the continued enlargement of the Irish whiskey class via distinctive bottlings and expressions.”

In July this 12 months, the Irish whiskey producer launched a 32-year-old single malt whiskey as a part of its Classic Reserve Assortment.