Should the Cancel Culture be Cancelled? Throughout history societies have always punished those who behaved differently or expressed views outside of their social norms. Consider the Salem witch trials, the social uproar in response to Darwin’s theory of evolution, or even the condemnation of homosexuals throughout history. These effectively form the roots of what we know as cancel culture. In its modern incarnation, cancel culture doesn’t have a clearly stated definition. Vox for example, defines it as “a trend of communal calls to boycott a celebrity whose offensive behaviour is perceived as going too far”. Another definition was used in an open letter published in Harper’s magazine and referred to cancel culture as an “intolerance of opposing views, a vogue for public shaming and ostracism, and the tendency to dissolve complex policy issues in a blinding moral certainty.” What both pieces had in common was the increasing toxicity of this culture, once seen as way for ordinary folks to keep celebrities and politicians accountable for their actions. Although its origins were undoubtedly born out of a global desire for cultural and social sensitivity, the indiscriminate “cancellation” of people simply for expressing different views has created an environment where people are afraid to voice their thoughts for fear of being punished. It is for this reason, that cancel culture has to be cancelled.

Given how it’s often used to denounce those who express controversial views on subjects like sexism, the origins of “cancelling” people might shock you. The first time the world saw someone getting cancelled was in the film New Jack City, where gangster Nino Brown, played by Wesley Snipes, dumps his girlfriend after she suffers a breakdown by saying “Cancel that b*tch. I’ll buy another one.”

Since then, we’ve seen several more examples of celebrities cancelling others, the most notable being an episode from a reality show entitled Love and Hip-Hop. Following the episode’s broadcast, the punchline “you’re cancelled” started appearing on social media platforms and the idea of cancelling people who did things one disapproved of, spread. It eventually evolved into a response towards celebrities and other people of importance whose behaviour they found offensive.

Now that we’re caught up with the origins and idea of cancel culture, we can look into why it’s become such a controversial issue in recent years. While it is undeniably an effective way to reprimand someone for expressing offensive views, the after-effects of a cancel culture uproar could have some disproportionately severe consequences for victims. After putting out a transphobic tweet, J.K. Rowling, author of the Harry Potter novels, faced an explosion of outrage from the fandom, many of whom, were part of the LGBTQ community. Some even openly denounced her as the author of their favourite series, effectively wresting the magical world its creator. She has yet to return to twitter since December 2020 following the amount of scorn levelled at her.

‘People who menstruate.’ I’m sure there used to be a word for those people. Someone help me out. Wumben? Wimpund? Woomud?

If sex isn’t real, there’s no same-sex attraction. If sex isn’t real, the lived reality of women globally is erased. I know and love trans people, but erasing the concept of sex removes the ability of many to meaningfully discuss their lives. It isn’t hate to speak the truth.

In another more recent case, former US President Donald Trump, infamous for his aggressive and controversial tweets, was exiled from Twitter after he gave a rally speech for his supporters who later stormed the US Capitol.

What these examples illustrate is the irreparably drastic consequences one can face for a simple slip of the tongue, or finger. In effect, it shows that no one is exempt from the judgement of cancel culture’s proponents. After all, if even a president could fall victim to this culture, how safe could common citizens be? In addition to the scorn on social media, the more radical proponents of cancel culture may enage in acts of vigilantism against victims in real life, or IRL, as the younger generation says. Technologically savvy Twitter users have been known to uncover people’s identities and other personal information, even going as far as sending hate mail and death threats to their homes or places of employment. Amy Cooper, A.K.A. “Central Park Karen” lost her job in an investment firm after falsely accusing an African-American man of threatening her and her dog. Because of the anonymity people have online, there is little that the authorities can do to stop these vigilantes from harassing victims. In a case closer to home, a video showing a woman refusing to wear her mask in Singapore, claiming she was a “sovereign”, went viral last year. Before the woman’s identity was revealed on court, netizens began going after Tuhina Singh who was incorrectly identified, with her personal details being circulated online.

Proponents of cancel culture often preach about how it puts power into the hands of the common man, allowing them to put politicians, celebrities and corporations in their place. While the previous examples may show how individuals are affected by vigilantes and their acts of “cancellation”, the counterpoint is that few celebrities actually suffer any lasting damage to their careers. The nature of social media, fleeting as it is, means that people often forget about these issues very quickly. In fact, the controversy that surrounds these individuals can actually serve as a marketing tool for them. One need only look at country artist Morgan Wallen, who was cancelled for uttering a racial slur on camera. Despite some radio stations declining to play his songs, his album climbed Spotify’s charts and sales soared, as did his social media following. Those in positions of power thus rarely face any lasting effects, compared to ordinary folk who continue to live in fear of being cancelled.

It is precisely the consequences suffered by victims of cancel culture that creates a cloud of fear, causing people to be more guarded with their thoughts and actions. If your opinions could incite the wrath of some overly sensitive individual, it doesn’t provide much incentive for anyone to express themselves anymore. Even Twitter’s CEO Jack Dorsey expressed his reluctance to permanently ban Trump, although he felt the move was a necessary one.

“Having to take these actions fragment the public conversation,” he wrote. “They divide us. They limit the potential for clarification, redemption and learning.”

I do not celebrate or feel pride in our having to ban @realDonaldTrump from Twitter, or how we got here. After a clear warning we’d take this action, we made a decision with the best information we had based on threats to physical safety both on and off Twitter. Was this correct?

In short, cancel culture is nothing new. It’s simply an extension of what humans have been doing since we grouped together in societies. With limited knowledge and access to information, our ancestors were simply dealing with unknowns in the only way they knew how. But given our near limitless access to information nowadays, we should know better. We do know of different cultures and how each has its own set of norms, rules, and practices. Instead of being more accepting of one another, many have chosen to turn to cancelling others who are different from us. This in turn has created an environment of fear and reservation and it is disrupting free expression and speech. If we are to do better than our ancestors, we must embrace diversity and open discussions in order to grow and learn as a global society. In order to do this, practices as toxic as cancel culture must be, well, cancelled. 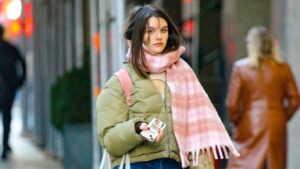