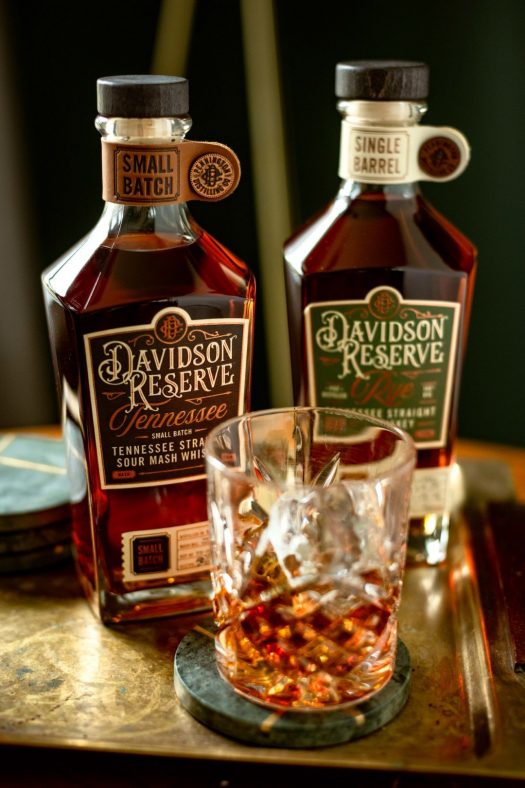 Mike recently covered Pennington Distilling’s Pickers Vodka, and now we’re going back to the well for another spirit from the Nashville-based operation: Two (almost) grain-to-glass whiskeys.

Pennington’s Davidson Reserve line now includes five whiskeys in total (plus various special editions); the two we review today are some of the most traditional in the mix. Davidson Reserve is true craft whiskey — the company does everything on site except grow its own grain, which is brought in from a nearby farm. They certainly know a thing or two about distilling in Tennessee. Let’s see how these two expressions pan out.

Davidson Reserve Tennessee Straight Sour Mash Whiskey – This is a high rye whiskey made from a mash of 70% Tennessee white corn, 25% Tennessee white cereal rye, and 5% malted barley, distilled twice and filtered through virgin Tennessee sugar maple charcoal. Aged for a minimum of 4 years in 53 gallon barrels. The nose offers a sense of significant youth, and ample lumberyard. Notes of fresh cherry wood are tempered by some petrol elements, savory spices, and (again) plenty of fresh-cut lumber. A bacon fat note leads the way on the palate, pursued in earnest by some tough notes of fresh pepper and sawdust, the latter dominating until some red fruit, mint, and brown sugar notes finally emerge on the effusive yet rustic finish. It fades out quickly, though, leaving behind the fairly tough and inimitable — yet not unenjoyable — essence of Home Depot. 98 proof. B- / $40 [BUY IT NOW FROM DRIZLY]

Davidson Reserve Tennessee Straight Bourbon – A different animal: From a mash of 60% Tennessee corn, 22% Tennessee red winter wheat, and 18% malted barley, blended from barrels aged 4 to 6 years old. No charcoal mellowing. This whiskey immediately offers more maturity, though the difference is less than you might expect. While tempered by wood, and plenty of it, the nose has a clearer sweetness, with more fruit — bananas and peaches — plus a healthy dollop of caramel sauce and toasted marshmallow. The lumber element is always present, but there’s a better sense of balance in this whiskey, despite its higher abv, with notes of green grass, tobacco, and fresh almonds. The finish however is sharp, green, and a bit aggressive. While the broader palate tempers that better than the Sour Mash, it can still be a pushy experience. 101.7 proof. B+ / $44 [BUY IT NOW FROM DRIZLY]