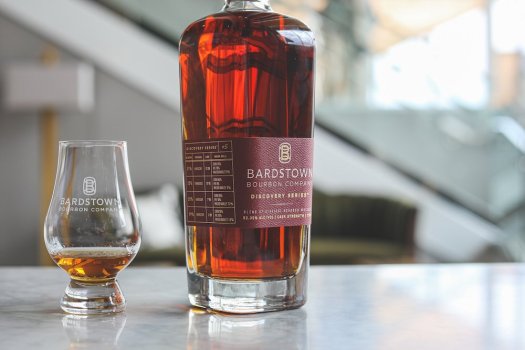 The autumn launch of Bardstown Bourbon Co.’s Fusion and Discovery Series bourbons has hit the cabinets, folks. Although the corporate supplies its personal completely ample tasting notes proper there on its web site, I’ve received my very own ideas on these two. Learn on for my unbiased ramblings.

Bardstown Bourbon Discovery Collection #4 – The most recent Discovery mix options a few of the oldest inventory to this point, however it’s additionally constructed with some comparatively youthful bourbons, like a few of the earliest releases. Particularly, it’s a mixture of 75% Kentucky bourbon (aged 6, 7, and 13 years) and 25% Tennessee bourbon aged a really wholesome 17 years. The nostril is brooding with darkish spices, aged wooden, and a nutty, virtually sherried, sweetness. This one wants a bit of air to come back into its personal, however as soon as it does, the palate showcases a well-balanced mix of roasted marshmallow, brandied cherry, and baking chocolate, all warmed with cracked pink pepper (which tends to dominate in a more energizing pour). The mid-palate provides some new leather-based and toasted sugar to the combination earlier than the beneficiant, gently warming end arrives with its fading notes of muddled orange and seasoned oak. 104 proof. A- / $130 [BUY IT NOW FROM DRIZLY]