A side effect of the pandemic in the US has been the boom in alcohol e-commerce, with major firms such as Uber recognising its potential. The Spirits Business analyses the latest investments in the sector and how they could shape the online space. With major firms investing in Drizly and Reserve Bar, could more acquisitions in alcohol e-commerce follow?

It has been more than a year since the global Covid‐19 pandemic started, but one huge benefit has been the emergence of online shopping for alcohol. The boom has been of particular significance in the US, which is predicted to surpass China as the biggest online alcohol market by the end of 2021, according to a report from IWSR Drinks Market Analysis.

In 2020, the alcohol e‐commerce channel in the US experienced three to five years’ normal development in six months, IWSR said. And it predicts that between 2019 and 2024, its total alcohol e‐commerce value will grow sixfold to nearly double that of China.

Major players have been quick to act on this growing space, including ride‐sharing firm Uber, which snapped up leading online alcohol platform Drizly for an eye‐watering US$1.1 billion in February this year. The deal, which marks Uber’s entry into the alcohol sector, is expected to close during the first half of 2021. The move was followed a month later by Southern Glazer’s Wine & Spirits (SGWS), the biggest wine and spirits distributor in the US, which agreed to buy an undisclosed equity stake in Reserve Bar, the leading e‐commerce platform for premium and luxury spirits in the States.

According to the Wine & Spirits Wholesalers of America (WSWA), the Drizly and Uber deal is the largest to date for the alcohol industry’s e‐commerce marketplace. WSWA previously owned a minority stake in Drizly. Available in more than 1,400 cities in the majority of US states, Drizly is the nation’s leading on‐demand alcohol marketplace.

In 2020, sales on Drizly rocketed by 350%, with spirits overtaking wine to become the platform’s top‐selling alcohol category. Uber’s move could also see Drizly expand outside of the US. Uber’s CEO, Dara Khosrowshahi, said at the time of the announcement that the acquisition would bring Drizly to the Uber audience and boost its geographic presence through the firm’s global footprint in the years ahead.

Michael Bilello, the WSWA’s senior vice president, communications and marketing, says the move will benefit retailers and neighbourhood economies. “Drizly’s expertise in alcohol complements Uber’s model,” says Bilello. “Alcohol needs regulatory oversight, and Drizly has done this better than anyone. Uber will expand Drizly’s reach beyond cities and into suburbs.”

He also notes that the deal is compliant with the US’ three‐tier system, which governs the sale and distribution of alcohol, with laws set by each state. Bilello says Drizly is the “ultimate model of delivery convenience”, and is a “very manageable model” for state regulators. He also expects Uber to incorporate the on‐trade and cocktails to‐go through the Drizly app. More than 30 states now allow bars to sell cocktails to‐go.

Adam Rogers, North American research director at IWSR Drinks Market Analysis, also notes the opportunity for distillers to have their products delivered to consumers in certain states where it is legal. “If that pivot happens, smaller producers could benefit,” he adds.

Currently, direct‐to‐consumer (DTC) shipping from distillers is permitted in eight states, including California and Virginia.

Jeff Carroll, general manager for beverage alcohol at tax solution provider Avalara, adds: “Direct‐to‐consumer shipping is very limited for distilleries right now. Having access to DTC is important. Given the consolidation in the middle tier, it’s really hard for smaller producers to find wholesalers and have access to the channel.” Home comforts: brands are excited about the possibilities of delivery

Drizly is set to become a wholly owned subsidiary of Uber, with the platform integrated into the Uber Eats app, while also maintaining its own app.

“Although speculative, since both companies are technology driven, there is opportunity for one consumer to purchase food offered by Uber Eats and also place an alcohol order via Drizly and have both delivered at the same time using one connected interface,” says Rogers.

Carroll believes more mergers and acquisitions are inevitable as the race to capitalise on alcohol e‐commerce accelerates. He notes that online platforms Mini Bar and Saucey could be next.

He says: “Does Instacart follow suit or Door Dash? Amazon also has a big advantage because of licences they hold. I’m very curious to see how they leverage their Whole Foods licence to offer some kind of alcohol.” SGWS’ investment into Reserve Bar was a “smart move” he adds.

David Chaplin, chief growth officer, SGWS, says the Reserve Bar deal enables the firm to offer suppliers another three‐tier‐compliant channel to market. He says: “The fact that they specialise in ultra‐premium and luxury brands also fits perfectly into our new fine wine and artisanal spirits strategy – where we are looking to enhance the route to market and customer service aspects for our restaurant, fine wine, and craft spirits partners.”

Chaplin notes the industry’s digital transformation will continue to grow exponentially. He says: “The acceleration of our own shift to digital at Southern Glazer’s has been a huge part of our success, and will continue to drive that success in 2021 and beyond. The fact that as of the beginning of 2021, our own Proof e‐commerce platform had already generated US$1bn in revenue and [added] 100,000‐plus customers since its launch in early 2019 is evident of the speed and direction the digital beverage alcohol marketplace is moving.”

Weiss says the Drizly deal has “raised a flag” for traditional retailers because the pandemic has altered shopping habits.

He says: “Traditional retailers require an experiential omni‐channel approach to drive customers to their stores. Think of curb side. They want it brought to their car, or have in‐store pick‐up.”

Rogers adds: “More brick‐and‐mortar stores will become omni‐channel. The rise of white‐label storefronts [platforms that allow consumers to make what appears to be a DTC purchase] will also increase significantly as brand owners aim to control the consumer journey in their path to purchase.”

The emergence of the ‘fourth tier’ – delivery marketplaces such as Drizly – is a relatively new phenomenon, Carroll says. “Regulatory landscape has not caught up. I think we’ll see a lot of legislation and regulation relating to this fourth tier over the coming years as this channel explodes. Regulators are going to have to really wrestle with how do we regulate this fourth tier, and how do we ensure these laws are being upheld.” 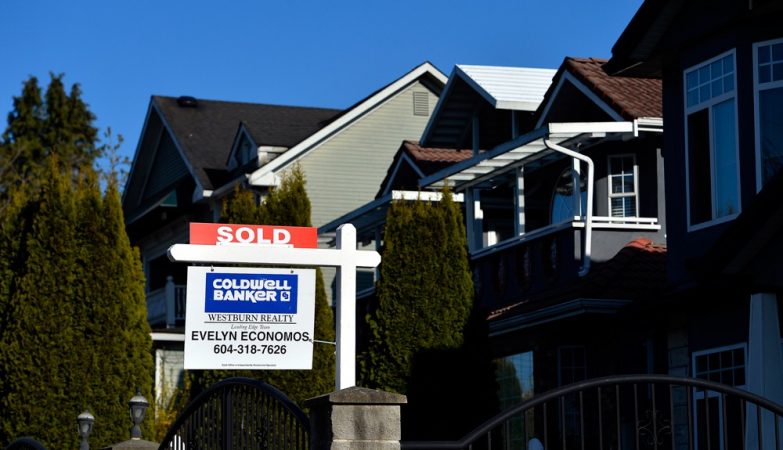